1
Physician Profile
Lyndon D. Waugh, M.D.
Dr. Waugh, along with Dr. Robert Slayden, is cofounder and co-director of AAFPC.  He is originally from West Virginia, and received his formal education by graduating with Honors from Dartmouth College, and Duke University Medical School, where he was President of the AOA Honors Society.   He did his Psychiatry and Child Psychiatry training at the University of Pennsylvania where he was given two named Fellowship awards.  He did a final year of Child Psychiatry training at Emory University after serving two years in the Air Force, where he received the Air Force Commendation Medal.
He and his wife, of 39 years, Sherry, have two sons, Derek and Branden, and are fortunate to have two wonderful daughters-in-law and four grandchildren.
Dr. Waugh has predominantly practiced through the years as an outpatient Child, Adolescent and Family Psychiatrist, and has special interest in ADHD – (child and adult), Anxiety Disorders and Depression, Learning Disabilities, Tic Disorders, Bipolar Disorder, Eating Disorders, and he also sees individuals and families with other problems such as Psychotic Disorders, Autism Spectrum Disorders, and Addictions.
He enjoys working with parents and families in a collaborative, practical approach using therapies such as Pharmacotherapy, Cognitive Behavioral Therapy, Family Therapy and Individual Psychotherapy.  At this stage of his practice he no longer works with inpatients.
Through the years, Dr. Waugh has done a great deal of teaching and lecturing, including being a Clinical Assistant Professor at the Emory University Child Psychiatry program, teaching family therapy and private practice issues.  At points, has been on the speakers’ bureaus of all of the pharmaceutical companies that have medications for ADHD.  He has given many presentations to pediatricians, other medical groups, and occasionally at regional and national venues.  He has written a book entitled, Tired of Yelling: Teaching Our Children to Resolve Conflict (1999) with the help of Letitia Sweitzer, and appeared on Dateline in reference to the book.
He has been on the medical staffs of both Scottish Rite and Northside Hospital through the years, and has been active in physician’s groups.  He is currently the vice-chairman and vice-president of the Physician Corps, an association of doctors dealing with private practice issues.  For a significant part of his career, he was very involved in Scottish Rite Children’s Hospital, having served as the Acting Medical Director for nine months in 1982 and 1983, and thereafter, being on the Board of Trustees and chairing the Long Range Planning Committee for the board.  He is a member of the American Psychiatric Association and the American Academy of Child and Adolescent Psychiatry. 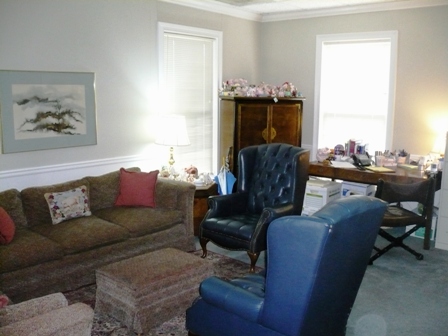 Dr. Waugh's office
Pay for your session here.
1. SELECT the service from drop down list below.
2. Type PATIENT's NAME in lower box, REQUIRED. (NOT cardholder name.)
If you are paying an amount not listed, use the bottom link. Thanks